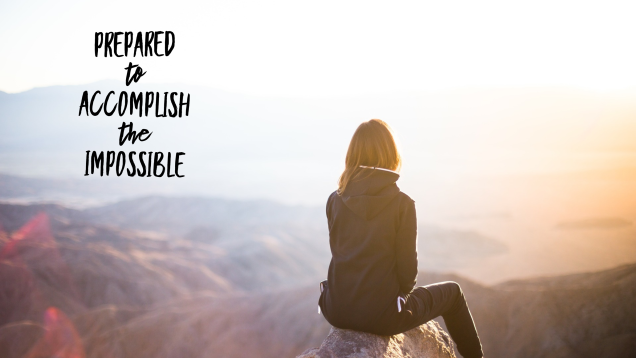 I’m going to break this week’s blog into three separate posts. Today’s post will focus on God’s plan to use ordinary people to do extraordinary feats. Later this week I want to share with you about the incredible power of fasting and prayer and the importance of building spiritual walls in your life.

If you’re ready, let’s go! The Bible makes it clear that God is not looking for the most talented, most popular, or the smartest people, but a surrendered man or woman.

What people won’t let you do, or don’t think you can do, or feel you’re incapable of doing, God will do through a man or woman completely surrendered to Him.

Nehemiah was that guy!

The story of Nehemiah may be one of the most inspiring stories in the Bible. Nehemiah was not a prophet, priest or king in Israel. He was an ordinary person used by God to do an extraordinary work!

While many of his kinsmen returned home from exile, Nehemiah stayed behind, because he had a good thing going for himself. Nehemiah was the cupbearer of King Artaxerxes.  Though this may sound like a low position to you and I, truth be told, it was an exalted/coveted position.

As cupbearer, you had the full trust of the king. The reason a king needed a cupbearer was that he had many enemies. One of their responsibilities would be to sample everything the king would eat or drink to test for poison.

As a foreigner holding this position had to be a rarity.I wonder how many of Nehemiah’s countrymen despised him for working for such a vile king?

Moses was raised in Pharaoh’s household, receiving the same instruction a royal Egyptian son would, yet God was priming him for a divine purpose.

Joseph was sold into slavery and then rose to second in command in Egypt. What some intended for evil, God meant for good.

David was anointed king, yet the current king was doing everything in his power to kill David. David was forced to live among the Philistines, the chief enemy of God’s people, until the time he became king.

Your season of struggle, pressure, or difficulty may seem like lost time, but God will redeem those experiences to prepare you for a greater work. Don’t give up on God, don’t lose hope, or conclude that God has forgotten you or is content with your suffering.

Trust that He has a plan for your life. Like Moses, Joseph, and David, God puts those He is preparing for His finest work through the most challenging of circumstances.

Nehemiah is moved emotionally at the report how the walls of Jerusalem were still a pile of rubble. Nehemiah could remain silent, being distant from the suffering of his people, but maybe God had promoted him to this position for such a time.

Asking the king to leave for an indefinite period, could cost him his life. Leaving to rebuild the walls could be seen as a threat to the Persian kingdom. Yet his determination to rebuild the walls, see Jerusalem restored and his people protected was worth the risk.

While the odds were against him and the need greater than Nehemiah, with God’s help, he accomplished what no one thought was possible, in record time! Don’t allow the limits of other people or self-imposed limitations prevent you from accomplishing what God can do through you!